Over the years, several new changes have been introduced in air conditioning technology. These changes were done to make the appliance more efficient, increase cooling capacity, reduce the bulky designs, etc. However, one upgrade that completely changed the air conditioning market was the introduction of inverter ACs. Nowadays, you won’t find many non-inverter air conditioners much in the market. Whatever is available has been kept around to meet the price demands because the inverter appliances are costly. Therefore, not many people can buy the appliance for combating the summer heat.

You have heard about the inverter technology integrated into the air conditioner designs.

But do you know that more than one inverter in an AC?

Have you ever thought about buying a dual or triple inverter air conditioner?

It isn’t your fault because almost 80% of potential customers don’t know about the different types of inverter air conditioners. For this reason, we have taken it on ourselves to explain everything about them so that you don’t have to face any problem in buying the right air conditioner for yourself.

What is an inverter air conditioner?

The most important part of the air conditioner is its compressor, whose main job is to compress the air by increasing the pressure. Once the air is compressed, its temperature is reduced since the volume of a gas is directly proportional to the temperature. The pressure is maintained at a constant level based on the thermostat’s settings or the temperature value set by the remote control.

In an inverter air conditioner, instead of a normal DC motor, there is a BLDC motor. Such a motor does not come with any brushes; therefore, no noise is produced when the coiled portion rotates about its axle. Moreover, such motors are faster and can easily convert mechanical energy into electrical power.

In connection to the BLDC motor is present a rotary compressor. As the motor supplies power to the rotor, it starts spinning in a particular direction, mostly clockwise. The speed of the rotor is controlled by the power supplied by the BLDC motor, and hence, the compressor reduces the air temperature. For example, when the load is high or the temperature is set at a low value, the BLDC motor needs to produce more power to the compressor rotors to spin at high speed and compress more air volume and by a greater limit.

How is an inverter air conditioner more beneficial than a non-inverter AC?

There are several benefits of having an inverter air conditioner over the traditional non-inverter ACs. In the below section, we have explained the advantages in brief to have a basic idea.

What are the different types of inverter air conditioners you can find?

Even though the inverter air conditioners are amazing and offer a wide range of benefits, there are several drawbacks of the single inverter type. Therefore, to make the entire air conditioning appliances more efficient, different types of inverters have been launched in the market. In this section, we will describe all these types to have a better idea.

In the dual inverter air conditioners, there are two rotors in the compressor operating out of phase to each other. This means that if the upper rotor is spinning clockwise, the lower one will spin in the anticlockwise direction. Therefore, the load is divided equivalently between the rotors, and as a result, the current consumed is less. Moreover, the cooling power is much better. For every AC cycle ranging from 0-degrees to 360-degrees, the compressor will act twice and compress more air volume with ease.

Three different rotors are operating in alternative phases in this air conditioner. The top rotor operates at 0-degrees to 120-degrees of the AC cycle. The second rotor will operate between 120-degrees to 240-degrees, while the third rotor will function between 240-degrees to 360-degrees of an entire cycle. Therefore, it can cool the air by consuming only 69% of the current, even at temperatures like 60-degrees or 68-degrees. Such compressors are 8-pole which is why they are considered more efficient and offer better performance.

These air conditioners are specially built by keeping the Indian tropical climate. In this particular inverter, a Seamless Cascade Vector DC motor is used, which is much more efficient than the normal BLDC motors used in the regular inverter air conditioners. Here, the cooling capacity of the air conditioner increases once there is a change in the air’s temperature both indoors and outdoors. Once the cooling capacity is increased, it can cool down the air faster and much more efficiently.

From the name itself, you can understand that these kinds of air conditioners can sense the load and change the power and speed of the compressor unit. They come with in-built sensors capable of detecting the number of people present in the room, the ambient temperature, or the flow of the current. The motor supplies required AC for the compressor to work and meet the load requirements. Therefore, the speeds and power outages are more variants than the regular compressors. Furthermore, they can operate at much lower noise levels like 37dB.

How to buy the best inverter air conditioners?

Now that you know different inverter air conditioner types, it’s time to decide which one will be the ideal choice. To do so, you can follow the tips we have explained below.

This article has described everything you need to know about the different types of inverter air conditioners and how they operate. Even though the number of products available in the market is less, you can do a little search on your own and get the best AC that will meet all your requirements. One thing that you must remember is that the triple, Intellisense, and Expandable inverter technologies are costlier, and therefore, you need to invest a huge sum of money at the same time. But you can make this investment-worthy because your monthly utility bills will get reduced by a lot over time. 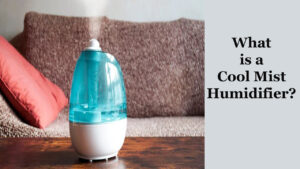 What is a Cool Mist Humidifier? 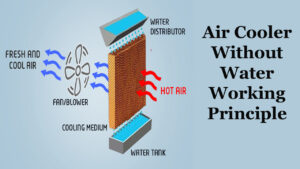 How to Choose an Energy-Efficient Air Conditioner